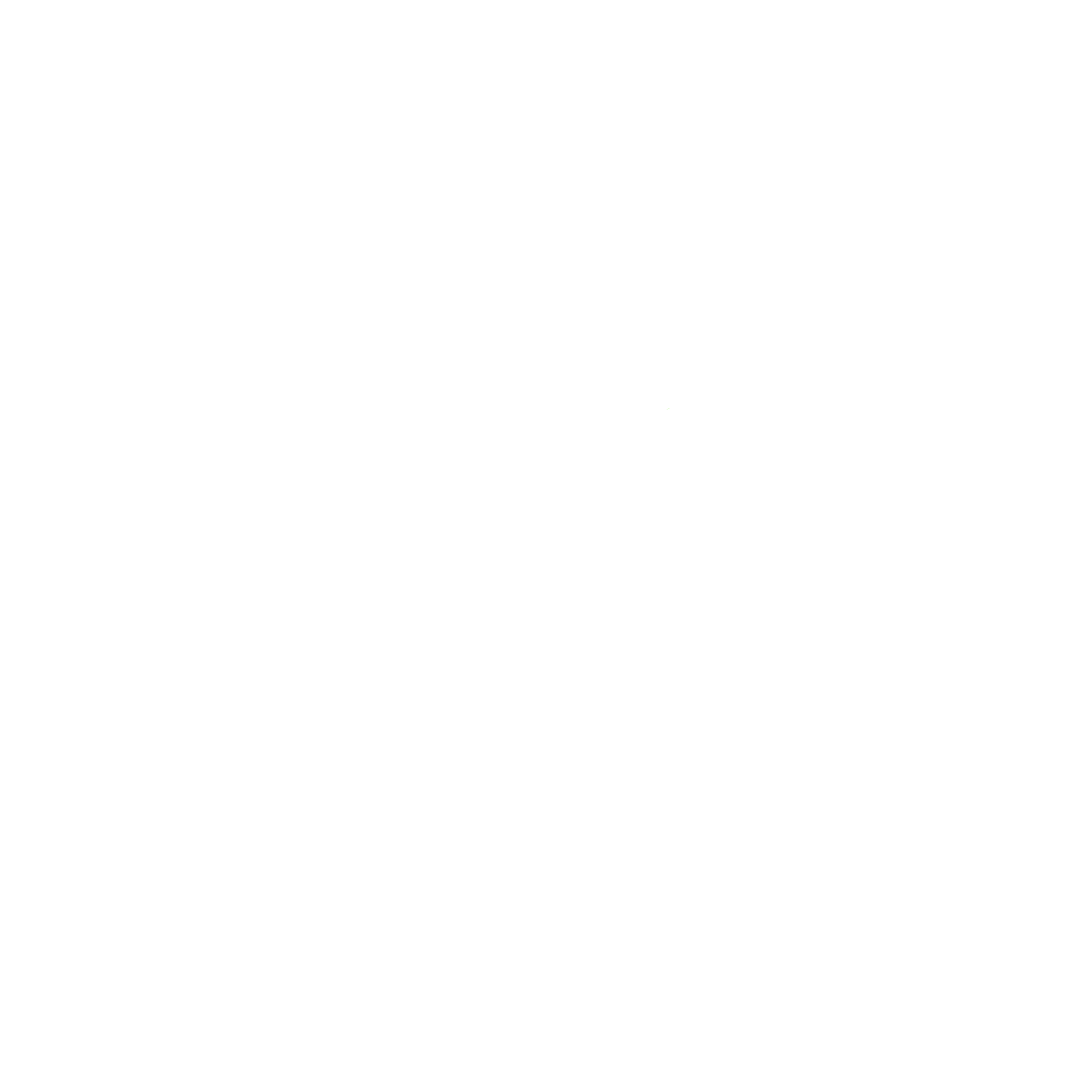 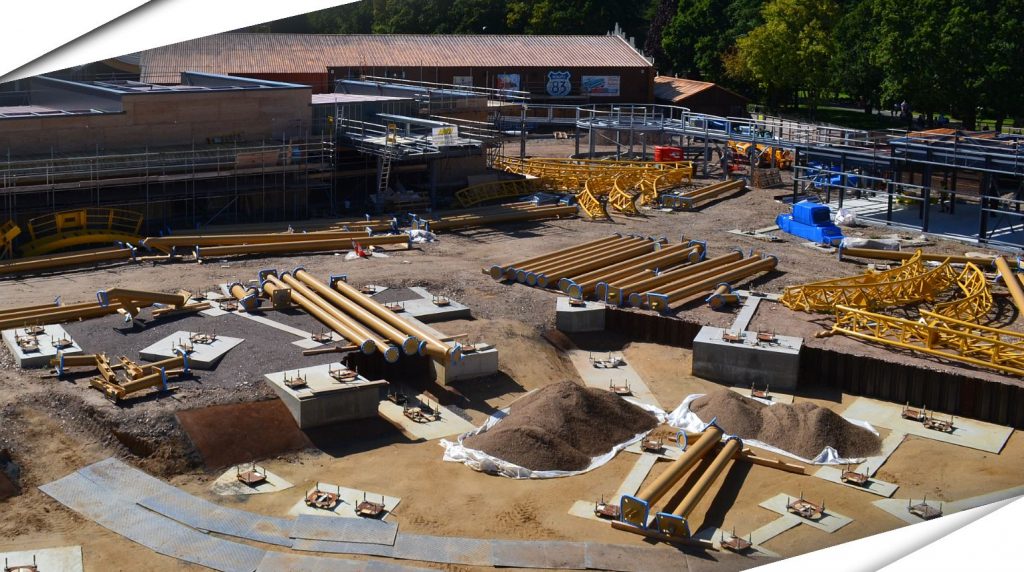 On the 14th of September, I headed down to Paultons Park to see the latest progress on the theme park’s newest expansion, Tornado Springs. For me personally, the site has made huge progress since my last visit, especially with Storm Chaser’s roller coaster track and supports now on site. 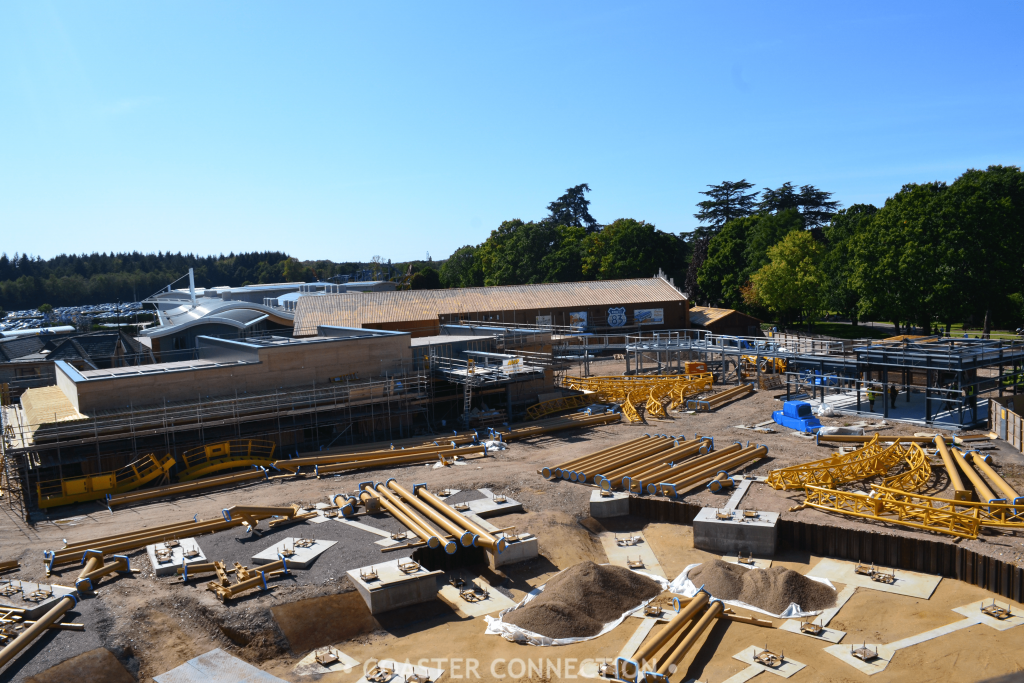 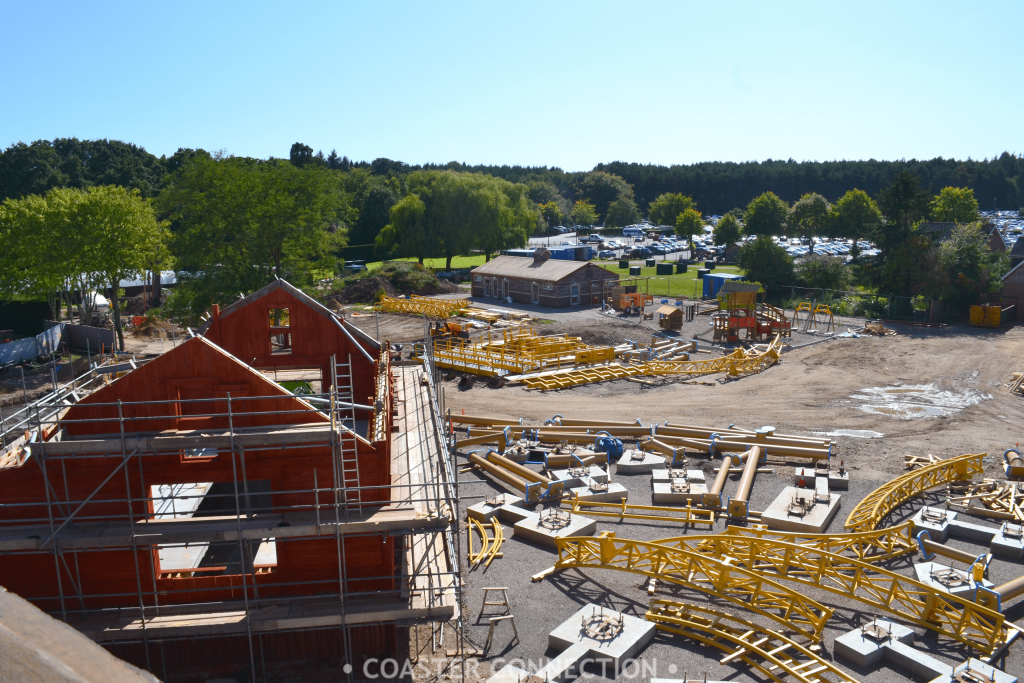 Scattered across the site, supports and roller coaster track can be found for the land’s new headliner attraction. From the looks of it, most of the coaster’s parts are now on-site and vertical construction is likely to begin within the coming weeks. The coaster’s track is a very vibrant colour which will complement the surrounding attractions and buildings very well. 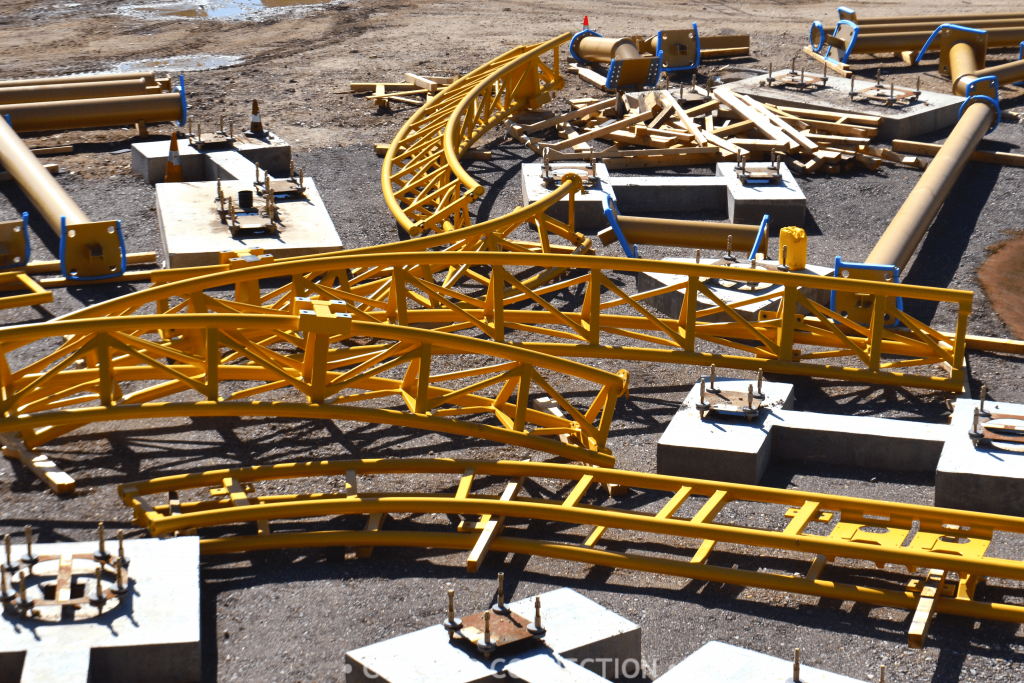 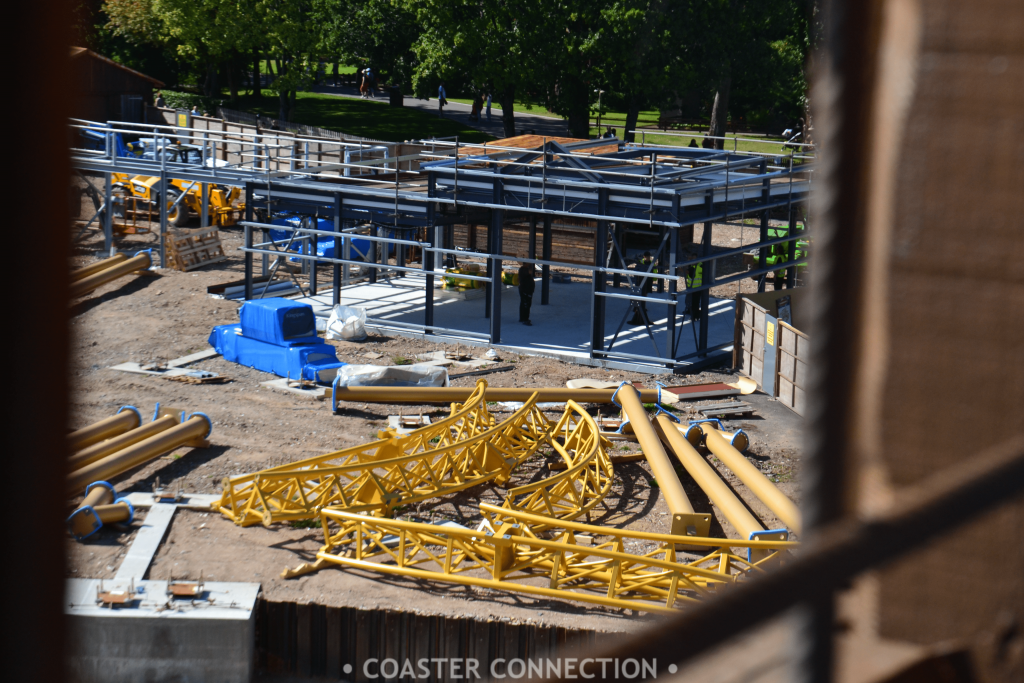 Storm Chaser’s station is making good progress with it now receiving some finer details on its exterior walls, giving the building a more aged appearance. 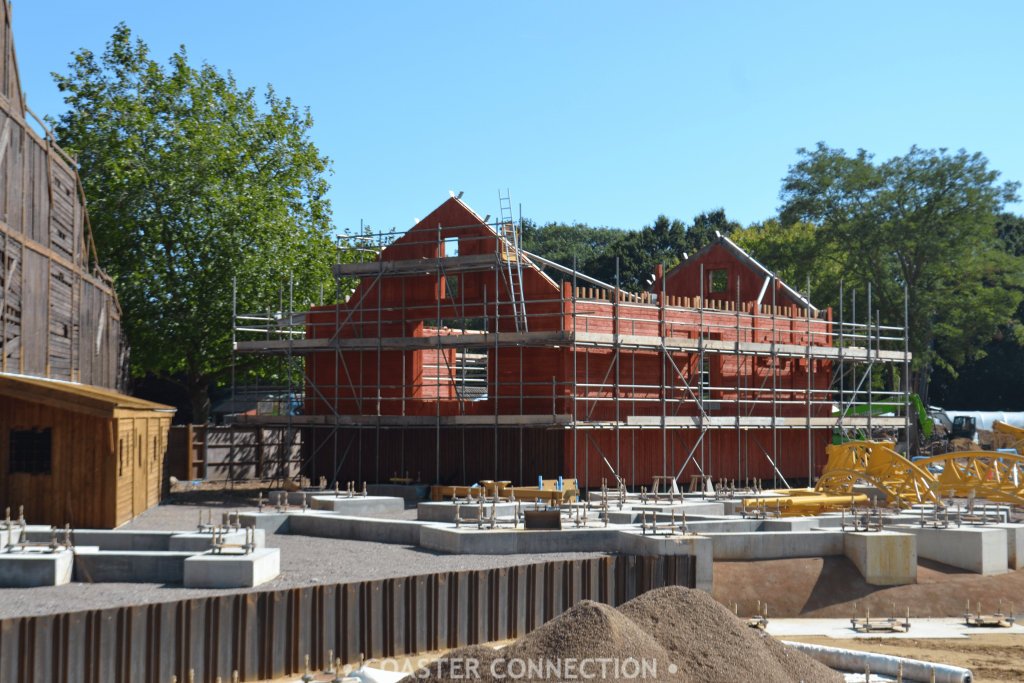 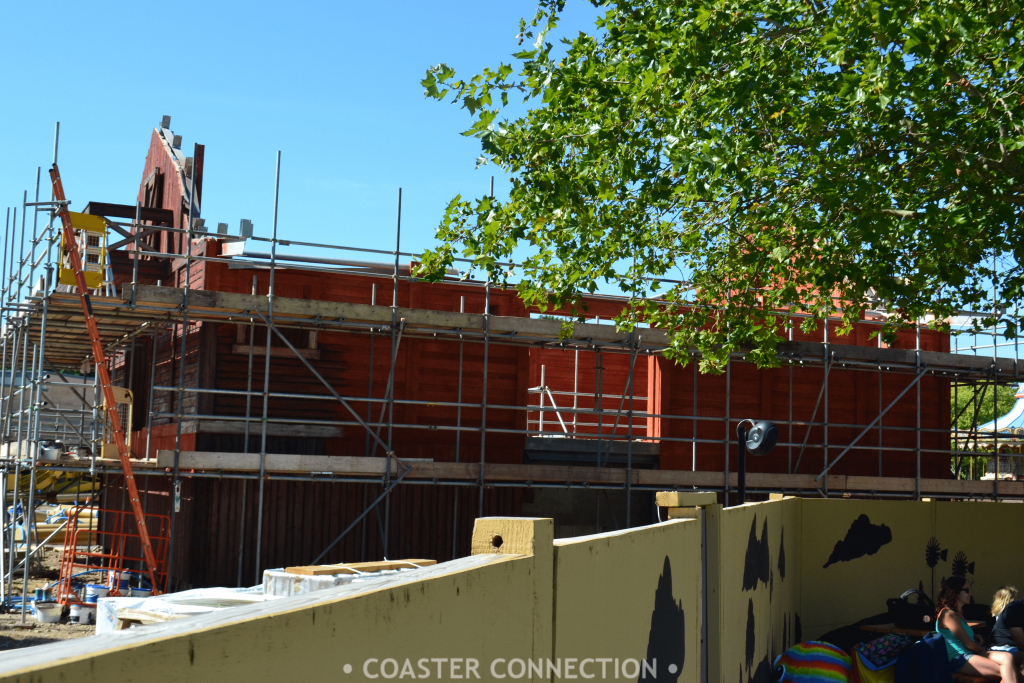 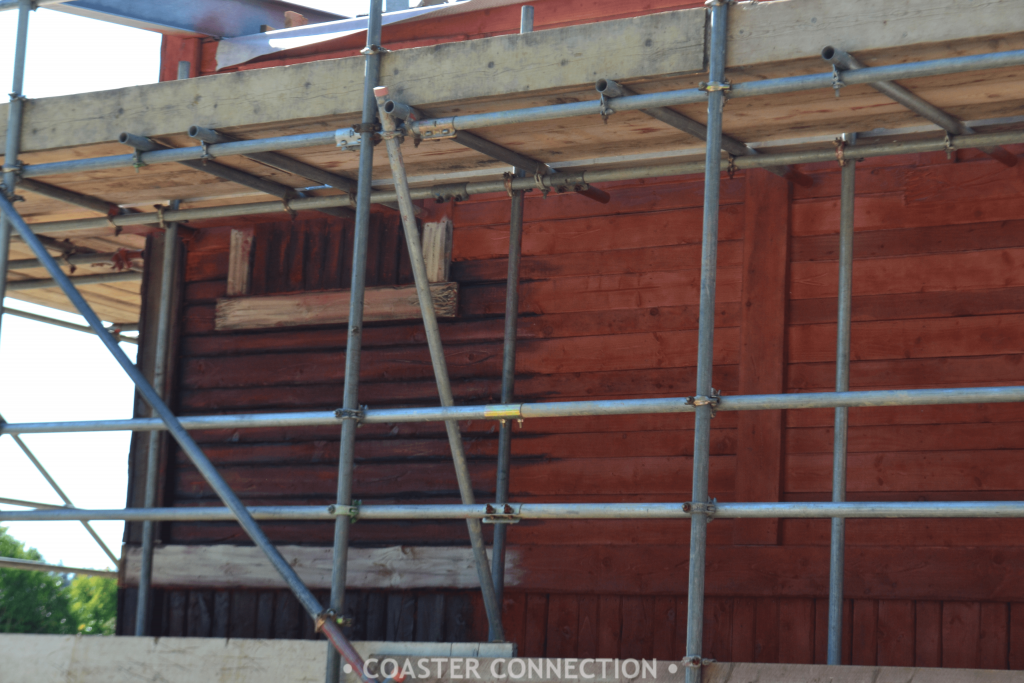 Due to the summer weeks typically being the busiest time of the year for theme parks, Paultons Park has opened Wave Runner (soon to be Buffalo Falls) early. This is most likely been done to help with the park’s capacity in these busier times.

Until we reach the closed season, availability will vary as the ride may have to be closed on selected dates due to ongoing work happing on the construction site. 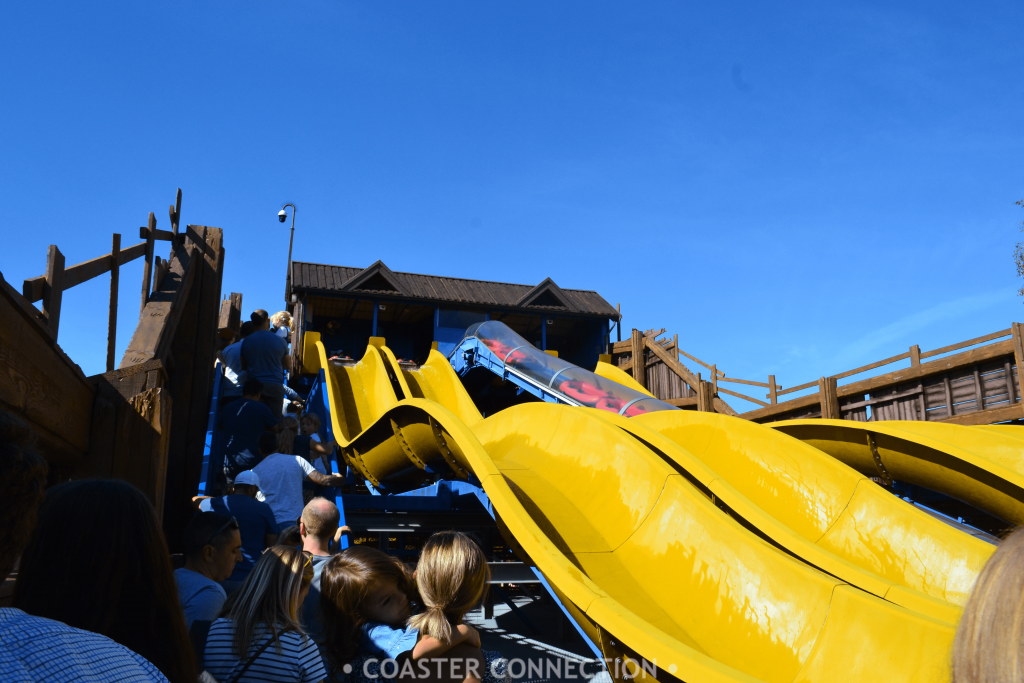 The driving school attraction has become very active over the last month, with the ride’s main building now constructed. The viewing walkways/platform have also gone vertical, which will give a fantastic vantage point to look over the entire attraction. Some graphics have also been added to the building behind this ride, to act as a themed backdrop. 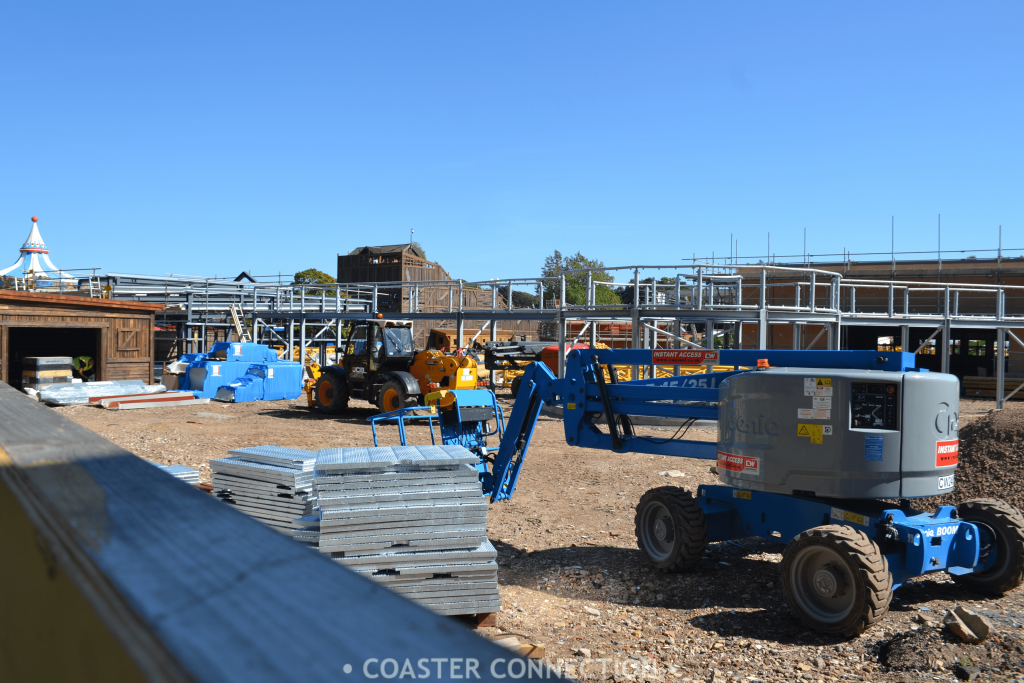 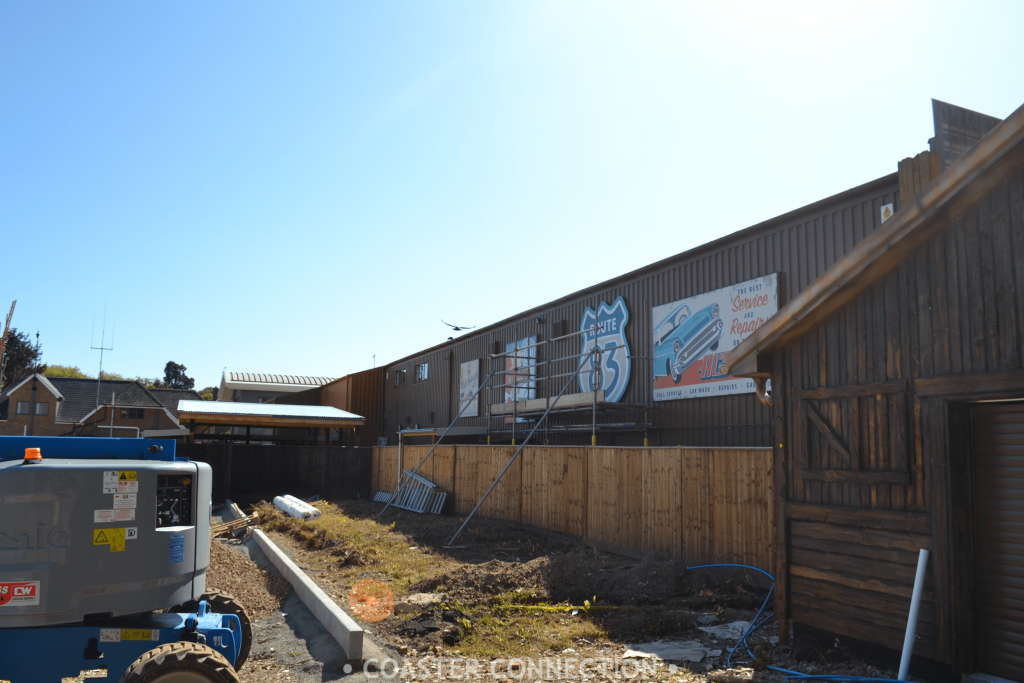 It also appears that just outside Al’s Auto Academy, various theming elements have already arrived on-site. One of the elements appears to be a retro car which was shown on Al’s social media account earlier this month. 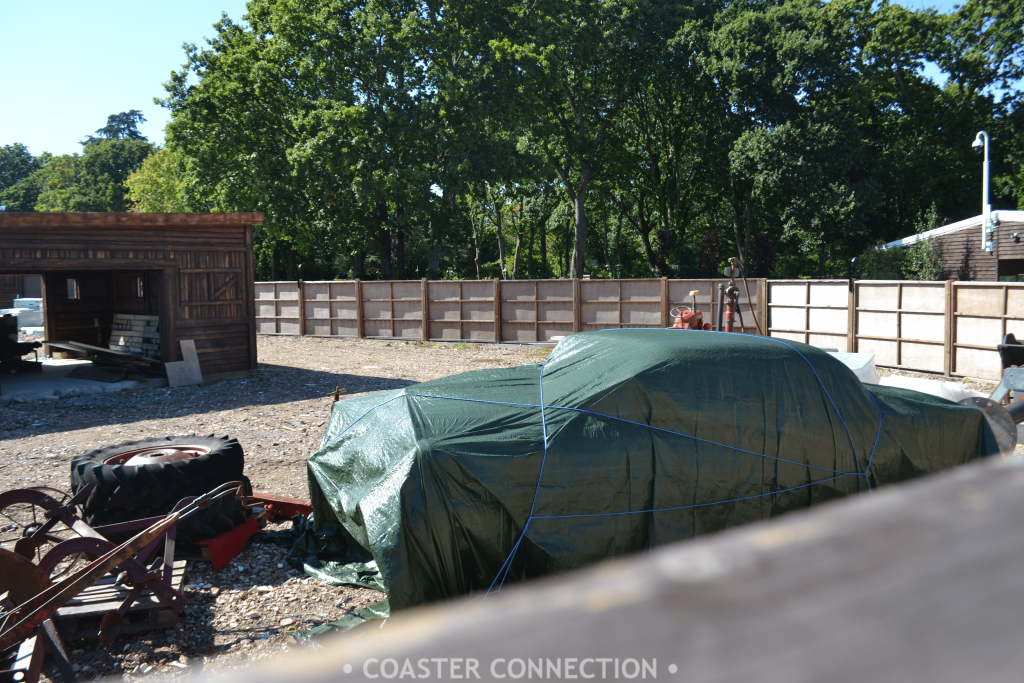 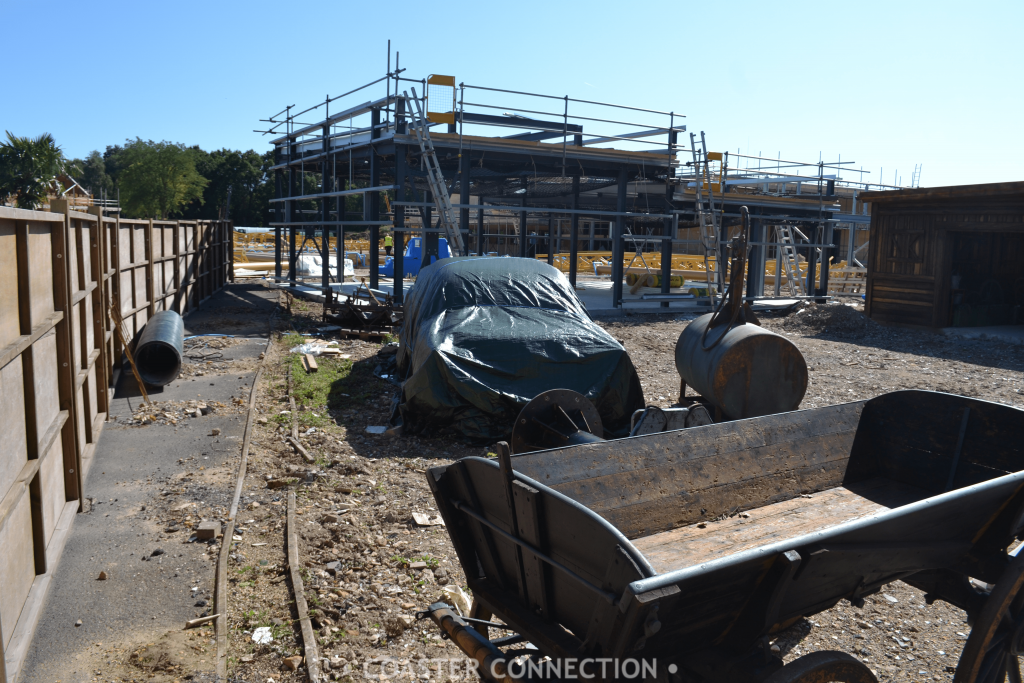 Both Al’s Garage & Jesse’s Diner is now fully enclosed and work has begun to add a facade to the building(s) exterior. This ride’s control building has now been constructed and work has also begun on the foundations for the two new family drop towers. The land required for the Cyclonator ride is slowly starting to be cleared for foundations and then eventually installation. Trekking Tractors is still operating as normal with newly painted vehicles to match the new land.

For the latest construction and news regarding this project, make sure you follow our Social Media accounts!