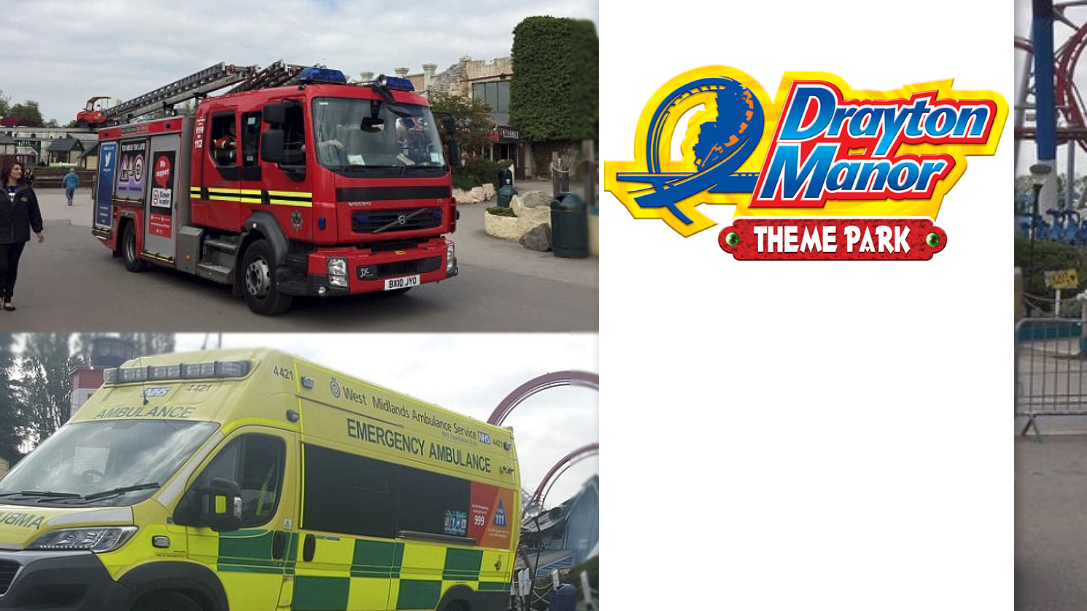 On the 9th may 2017 at 2.18pm, West Midlands Ambulance Service was called to Drayton Manor theme park due to an accident. It is believed that a young girl, aged 11 had fallen out of the raft from the Splash Canyon river rapids ride at the park.

Here’s a statement from a spokesman for Drayton Manor,

“We’re all truly shocked and devastated and our thoughts are with her family and friends at this tremendously difficult time,”

The West Midlands ambulance service spokesman broke the news of the young girl’s death in this statement,

“On arrival, crews discovered a girl with serious injuries who had been rescued from the water by park staff.

“Ambulance staff administered advanced life support before she was flown to Birmingham children’s hospital with the doctor continuing treatment en-route. Unfortunately, shortly after arrival at hospital the girl passed away.”

Our thoughts go out to those involved in today’s tragic accident.

To get the latest news and updates on this story.